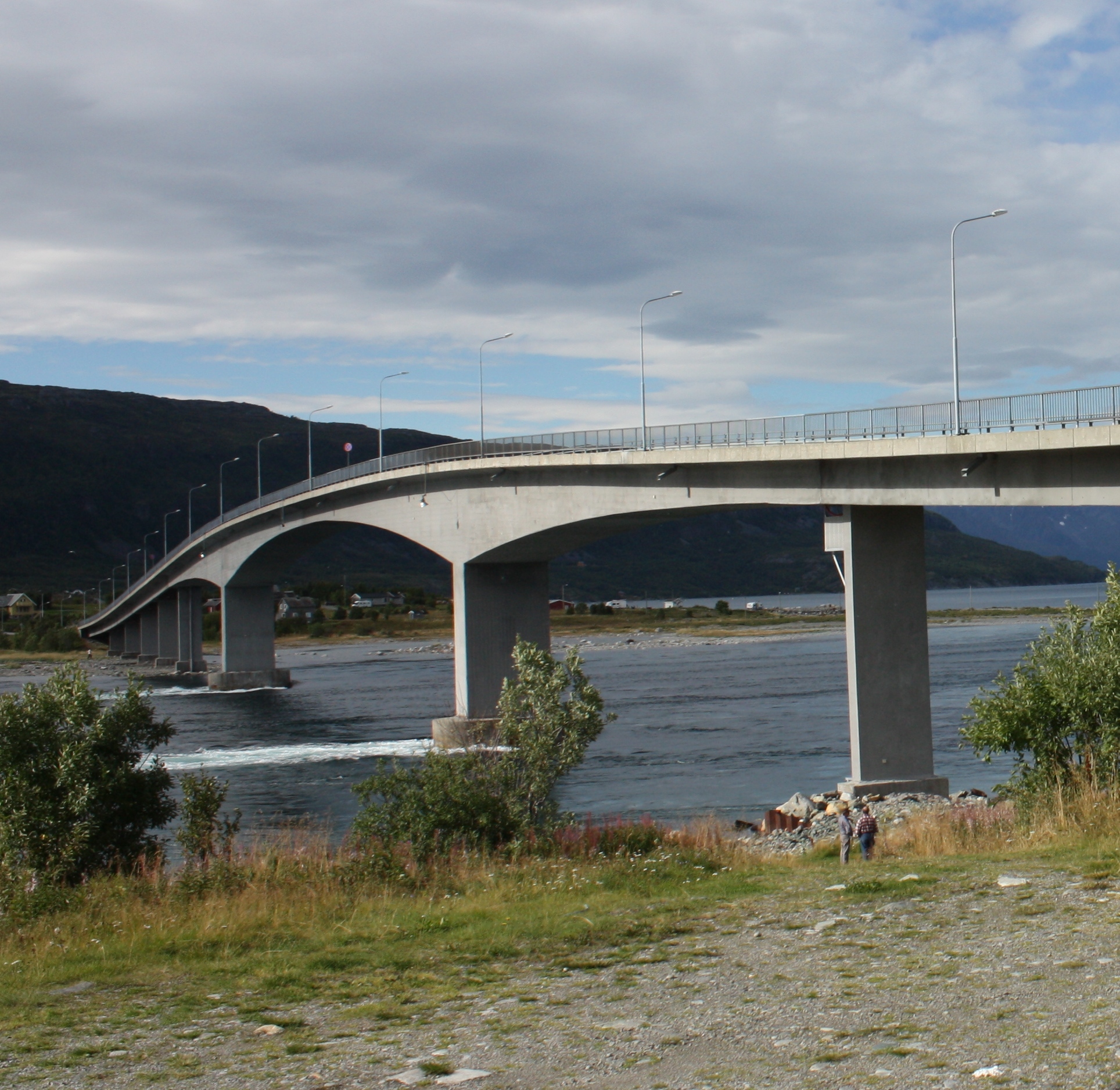 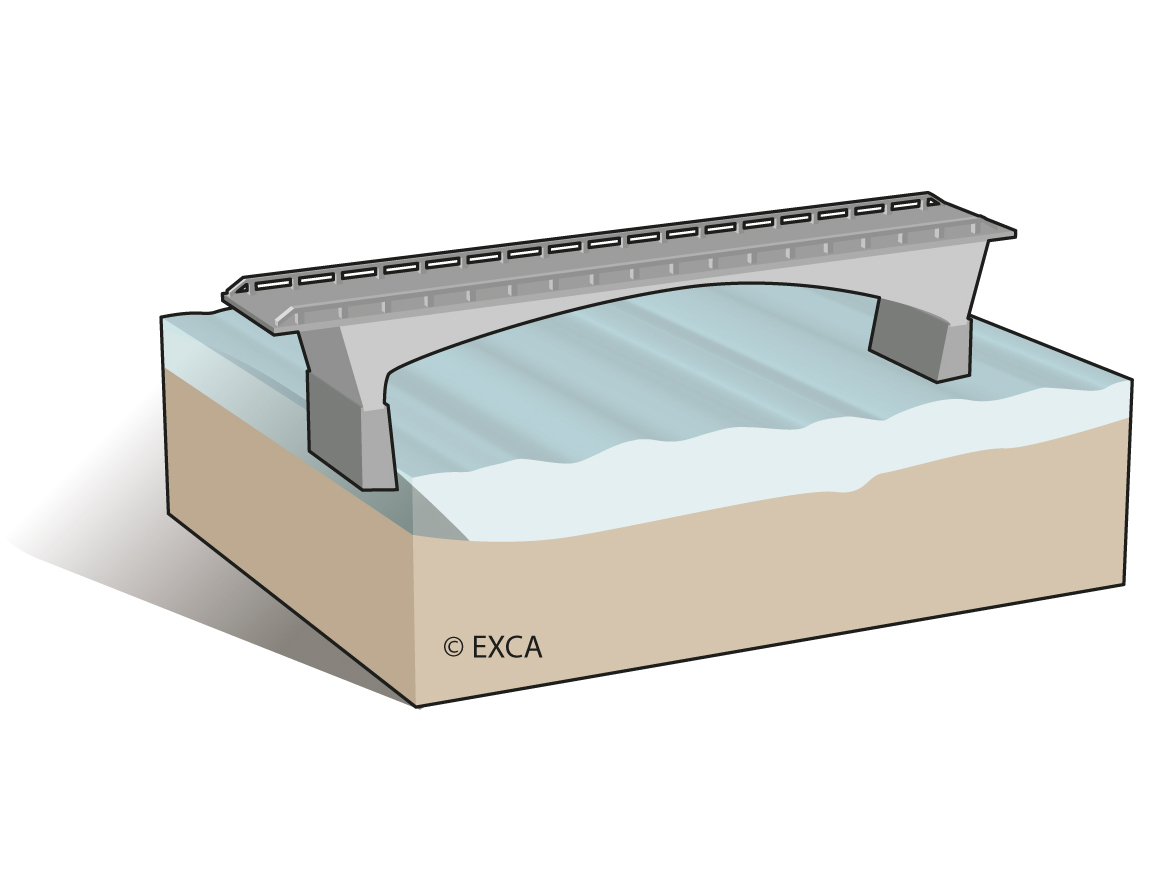 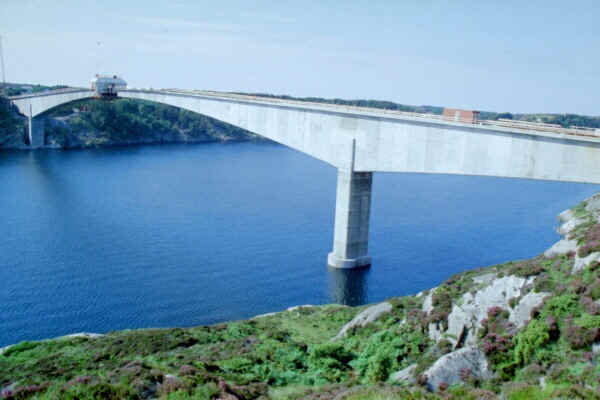 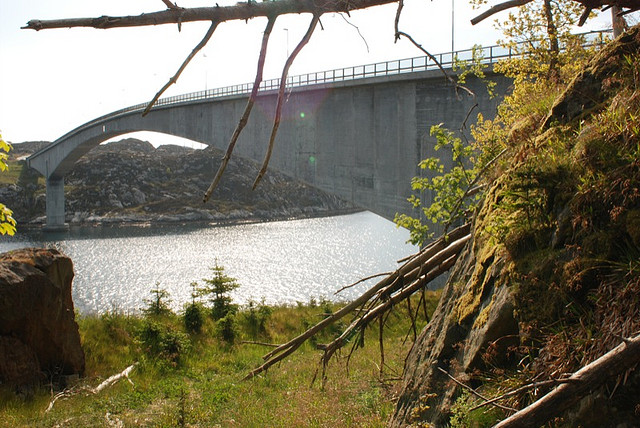 The municipality Austevoll south of Bergen on the western coast of Norway covers many islands. The two main islands Huftarøy and Selbjørn were connected by the Selbjørn bridge in 1979. The Stolma Bridge connects the two islands Selbjørn and Stolmen, further southwest in the municipality. The project consists of 1800m new road and the Stolma Bridge with its overall length of 467m. The main span has a length of 301m, the longest free main-span worldwide for a concrete box-girder built using the free-cantilever method. The total bridge length is 94 + 301 + 72 = 467m and the girder has a total width of 9m providing space for two roadways and one pedestrian. Both side-spans are designed with counterweights. All foundations are made directly on bedrock. The foundation level at axis 2 is -17m and this foundation was prefabricated, floated to the bridge site and installed.

The bridge girder has a height of 15m at the columns and 3,5m at midspan. A lower ratio could of aesthetic reasons be preferable, but weight optimising and economical aspects were the determining factors. The self-weight of the cantilever represents approximately 90 percent of the shear force at the columns. Hence optimising the self-weight was of great importance, and 182m of the mid-span was casted using concrete grade LC 60 with high-strength light weight aggregate. The density of this concrete was 1931 kg/m³. Concrete C 65 with normal aggregate was used for the rest of the bridge. The use of LWAC made it possible to construct a 301 metres long mid span which made it possible to place the pillars on shore or on shallow water. This resulted in lower total cost compared to use of normal density concrete.

All corners of the cross-sections are curved due to esthetical and durability reasons. This curvature also gives a reduction of the drag forces from wind. The number of post-tensioned tendons in the top slab varies from 100 over the columns to zero in the mid-span. The anchoring of this number of tendons in the short side-spans was a great challenge, and some of the tendons were installed through the webs to increase the shear resistance.