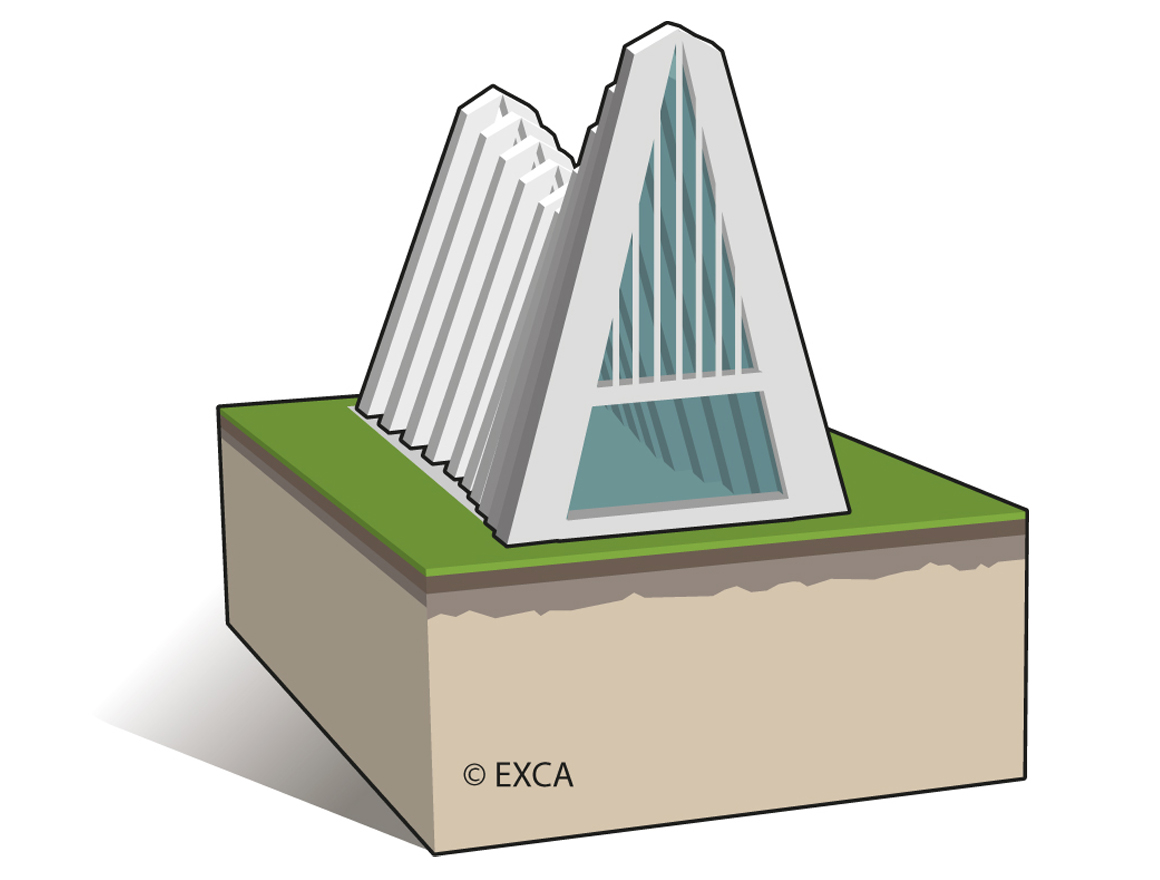 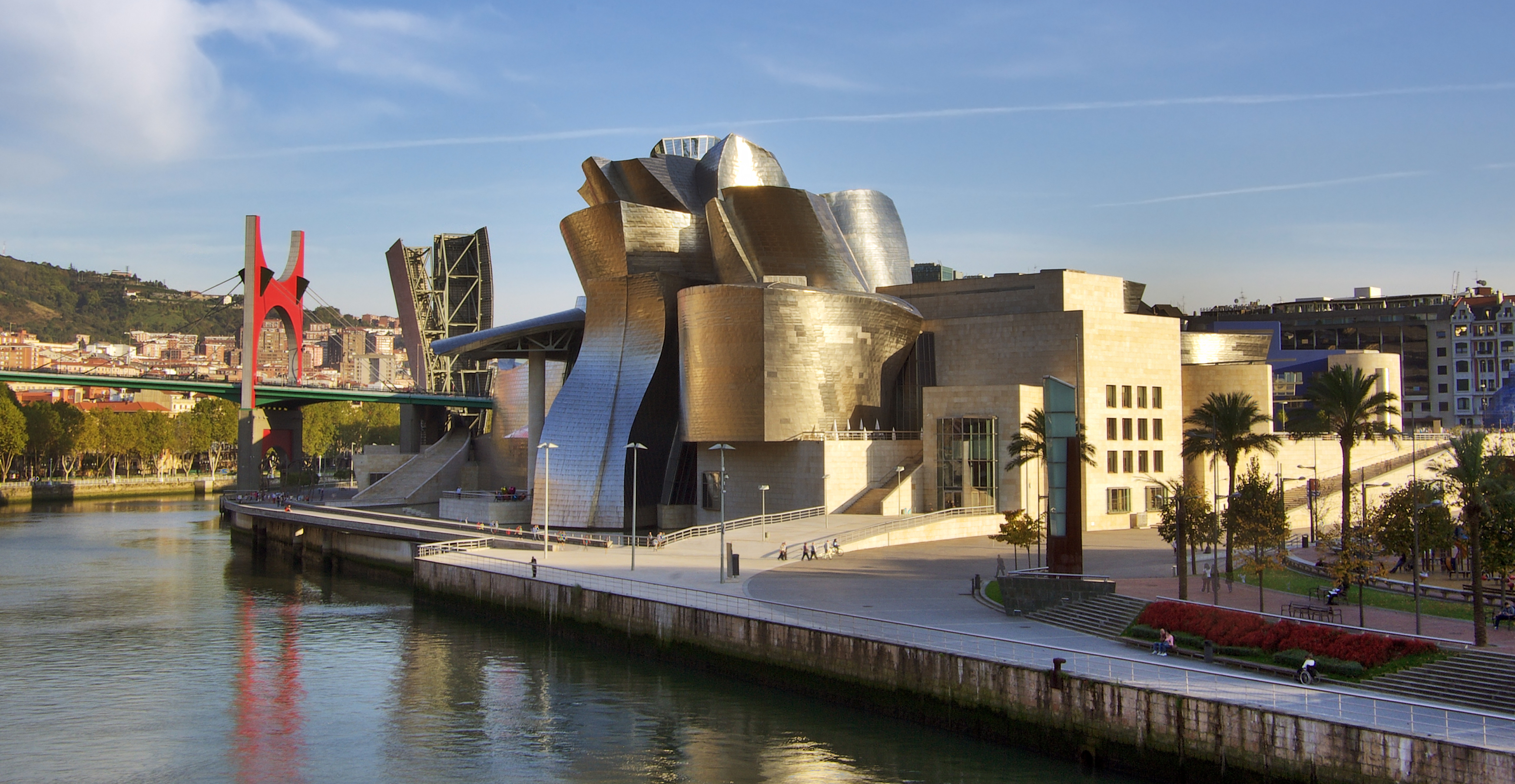 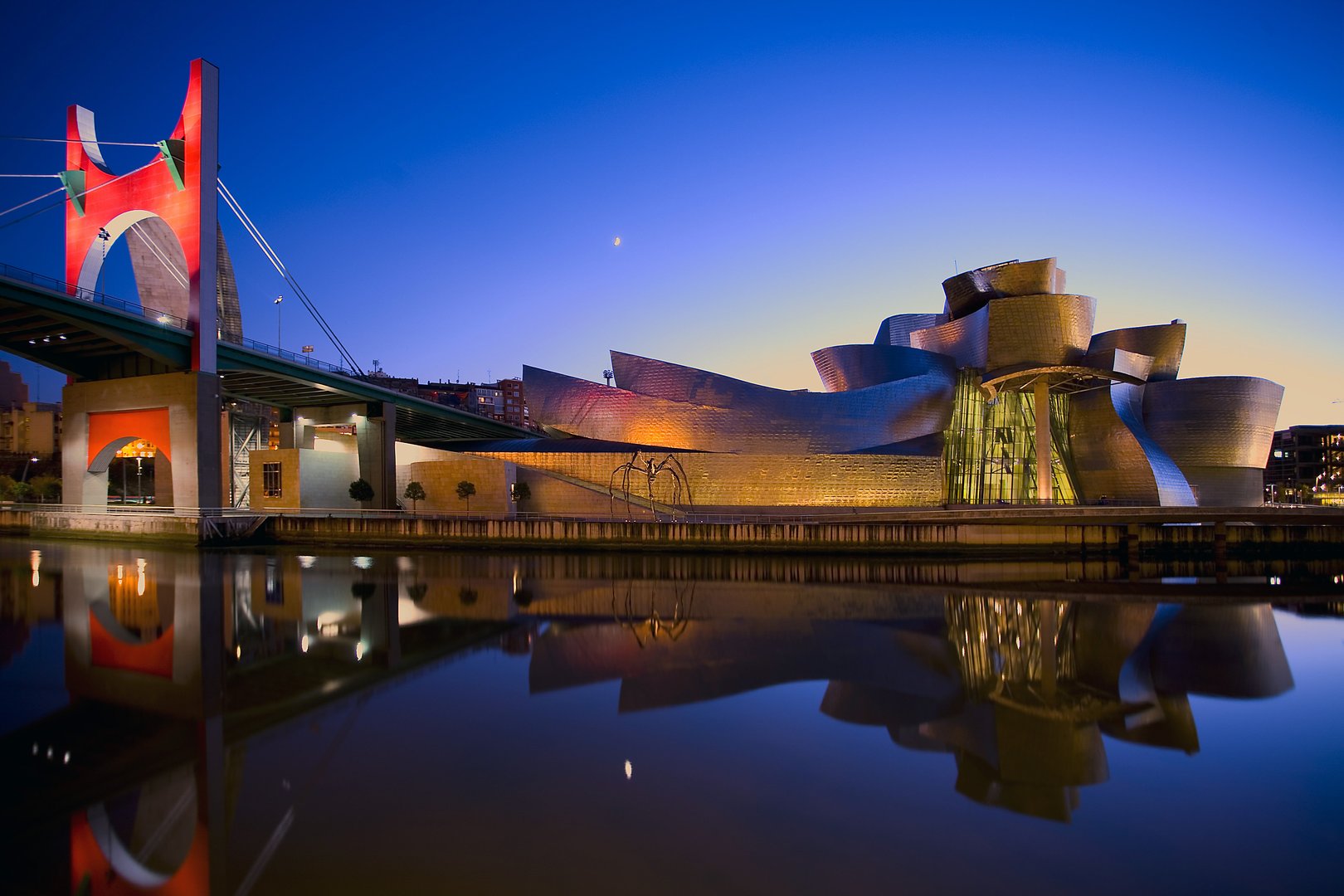 Recognised as one of the most representative work of architecture of the late 20th century, the Guggenheim Museum is the masterpiece of one of the foremost American architects of nowadays, Frank O. Gehry. In order to reduce the weight of the structures due to the special soil conditions, floor slabs were cast using light weight aggregate concrete.

The Guggenheim Museum in Bilbao, Spain provides a unique architectural view using traditional construction materials like steel and glass in combinations with special ones like titanium, Spanish limestone and LWAC.

To design this precious jewel of the Spanish city of Bilbao, the engineers had to solve a tremendous problem, the poor quality of the soil on the shore of the Nervion river, mostly made up of industrial waste accumulated during decades of steel production. The weight of the gigantic structure of the Museum had to be reduced in every possible way. One of the most important actions taken was the choice of a super light floor slab structure, designed with a zincated steel corrugated plate (galvanized), connected to a concrete slab 60 to 80 mm thick. The system is light by itself, but the use of expanded clay in the concrete reduced the total weight roughly 30 %. This concrete was used in every single horizontal structure, even the roof, and a total of 4.400 m3 of LC-25 was placed by means of pneumatic pumps.