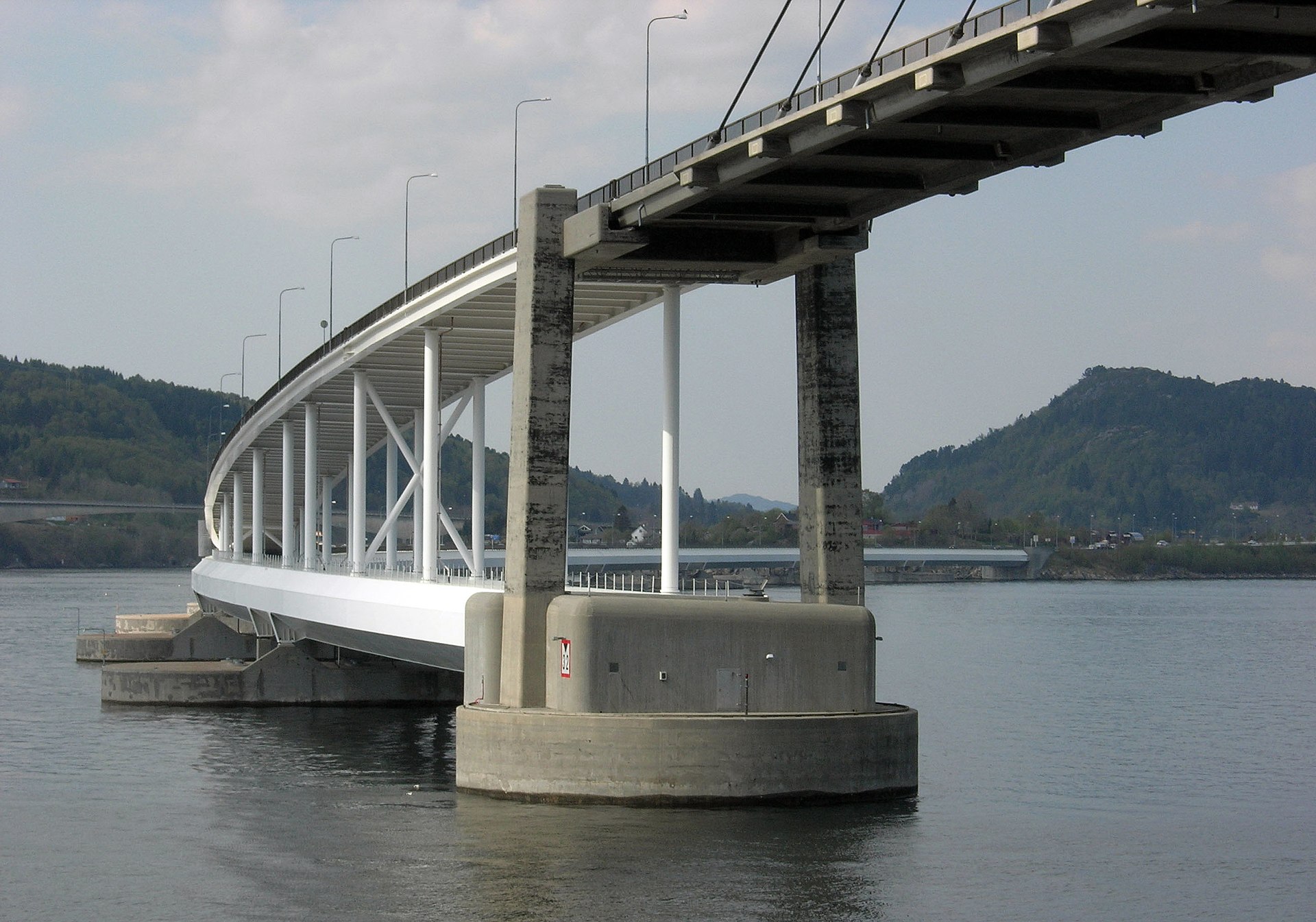 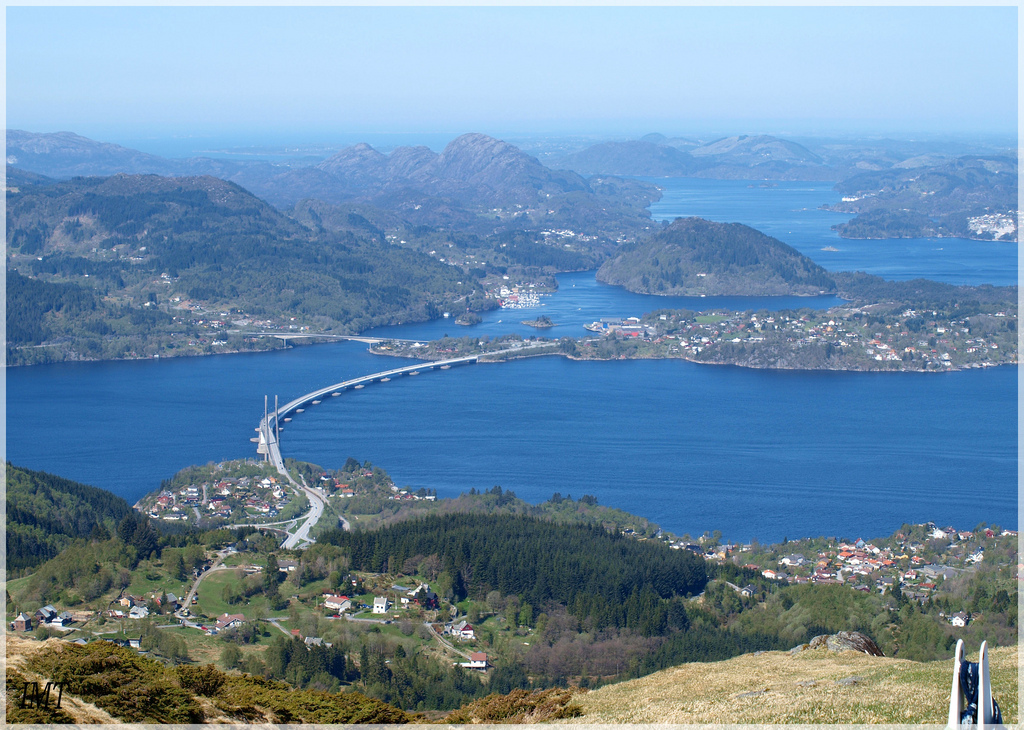 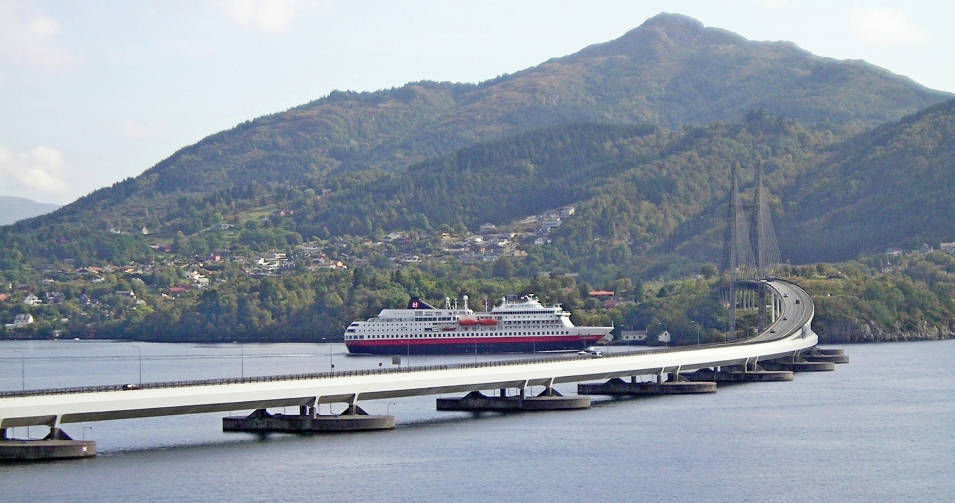 The Nordhordaland bridge consist of the world’s longest free floating bridge (1999), 1246m, and a high-level cable stayed bridge across the ship channel of 32 x 50m. The cable stayed bridge has a main span of 172m. This is designed in high strength light weight aggregate concrete (LWAC) and cantilevered from one H-shaped pylon founded on land. The main span is stabilised by back spans with total length 190m.

The cost savings obtained by using LWA concrete in the pontoons has not been quantified in the project. However, it is obvious that the savings the bridge are considerable due to: 1) Lighter material give smaller pontoons. Smaller pontoons cost less to build. 2) Smaller pontoons receive smaller wave action and hydrostatic forces from sea current. Therefore, the superstructure itself can be constructed lighter. A lighter superstructure needs again smaller floaters etc. By use of light concrete the structure turns itself into a positive circle by reducing weight and size.

The caisson in axis 9 is the fixed point for the floating bridge and carries mainly horizontal forces. For this floating bridge, the wave action is the most dominant force action, giving more than 50% of the total internal girder design force. The wave forces are proportional to the submerged volume of the pontoons. Two alternatives were considered for the bridge girder: Steel box and prestressed concrete box (C65). The latter required a considerably larger pontoon of 42.0/22.0/16.5m. Even so the total cost comparison was approximately equal but the steel alternative was selected due to a more favourable construction schedule. The pontoons are designed with 9 separate compartments, two of which can be filled with water without damaging the bridge girder excessively.