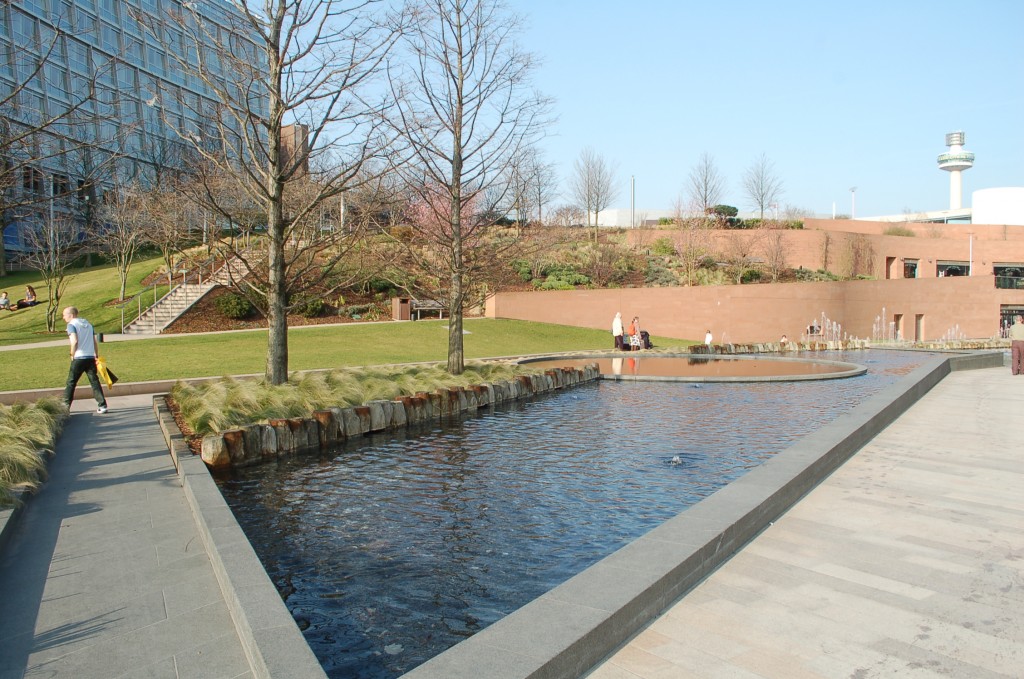 As part of the regeneration of the Liverpool waterfront, a multi-storey car park and number of high street stores were to be constructed deep beneath an existing green scape set amongst the futuristic new buildings. As part of the plan, the park would remain to hold future function and a place for relaxation however, the potential dead and live loads above the new structure needed to be considered.

To reduce loading on the new structure, expanded clay aggregate was used throughout the site to form new landscape features. At only one seventh the density of traditional crushed fill and freer draining than soil, the expanded clay provided a lighter, easier to handle solution, particularly when forming green features at the centre of the development. The added advantage of moisture retention within the pellet when used within the feature raised floral beds will help maintain moisture in the soil and feed the vegetation. Bulk expanded clay is free draining and assisted in the eco-friendly plan to recover water during wet weather ready for recycling through irrigation across the park during dry periods.

An estimated 9.000 m³ of expanded clay was used during the projects, which was completed in spring 2008, as the city celebrated its year as the European Capital of Culture. The park, shopping complex and car park is fully operational, encompassing some 46 individually designed buildings providing some 200.000 m2 of shopping, including many of the major names in British retail.