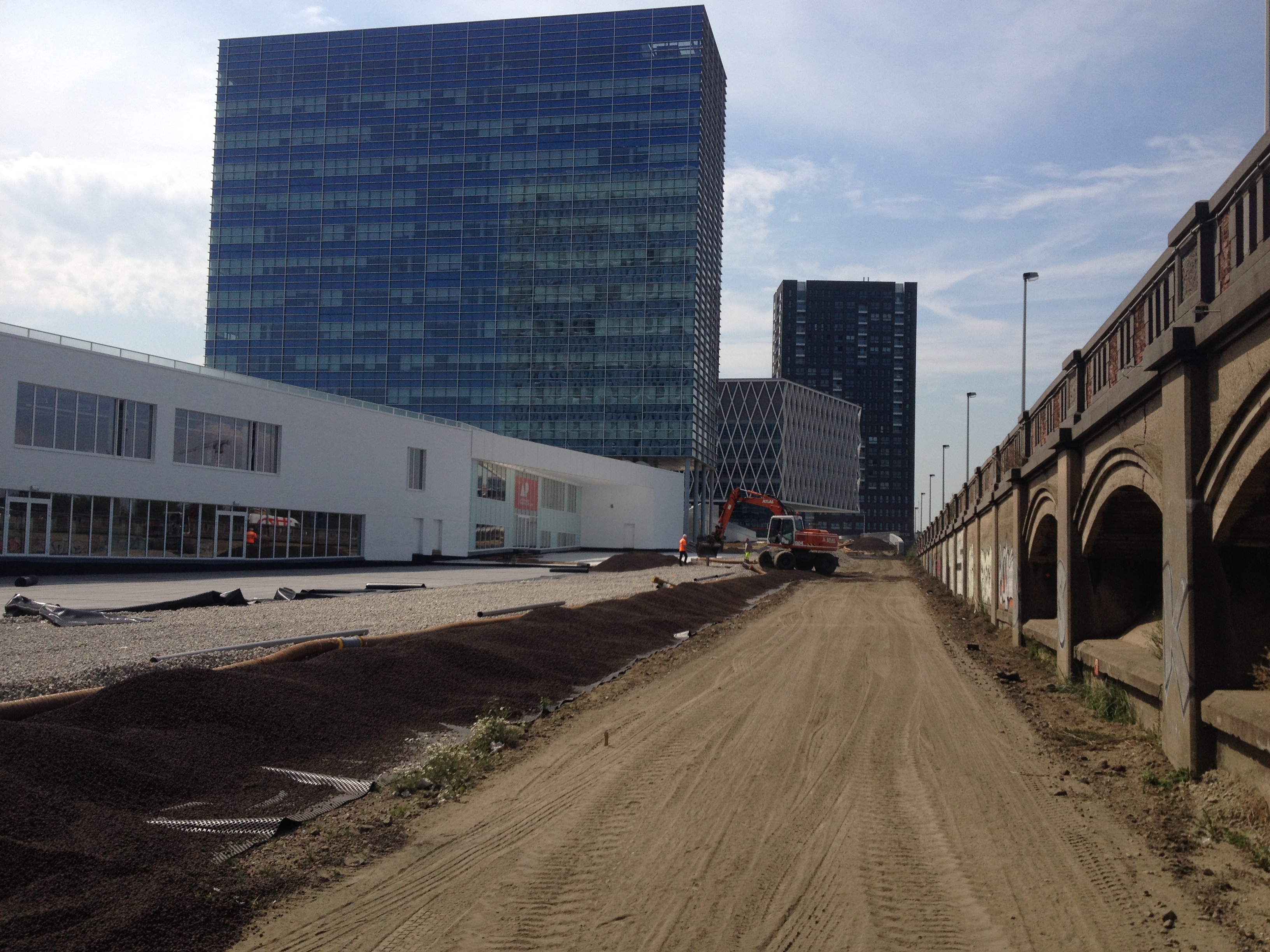 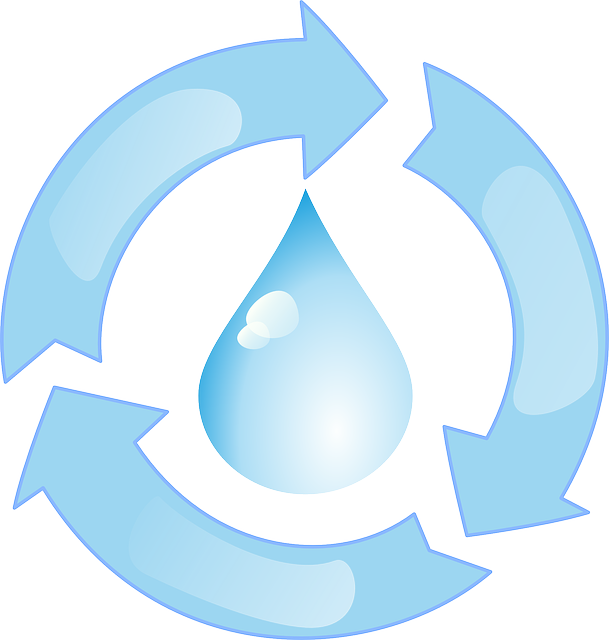 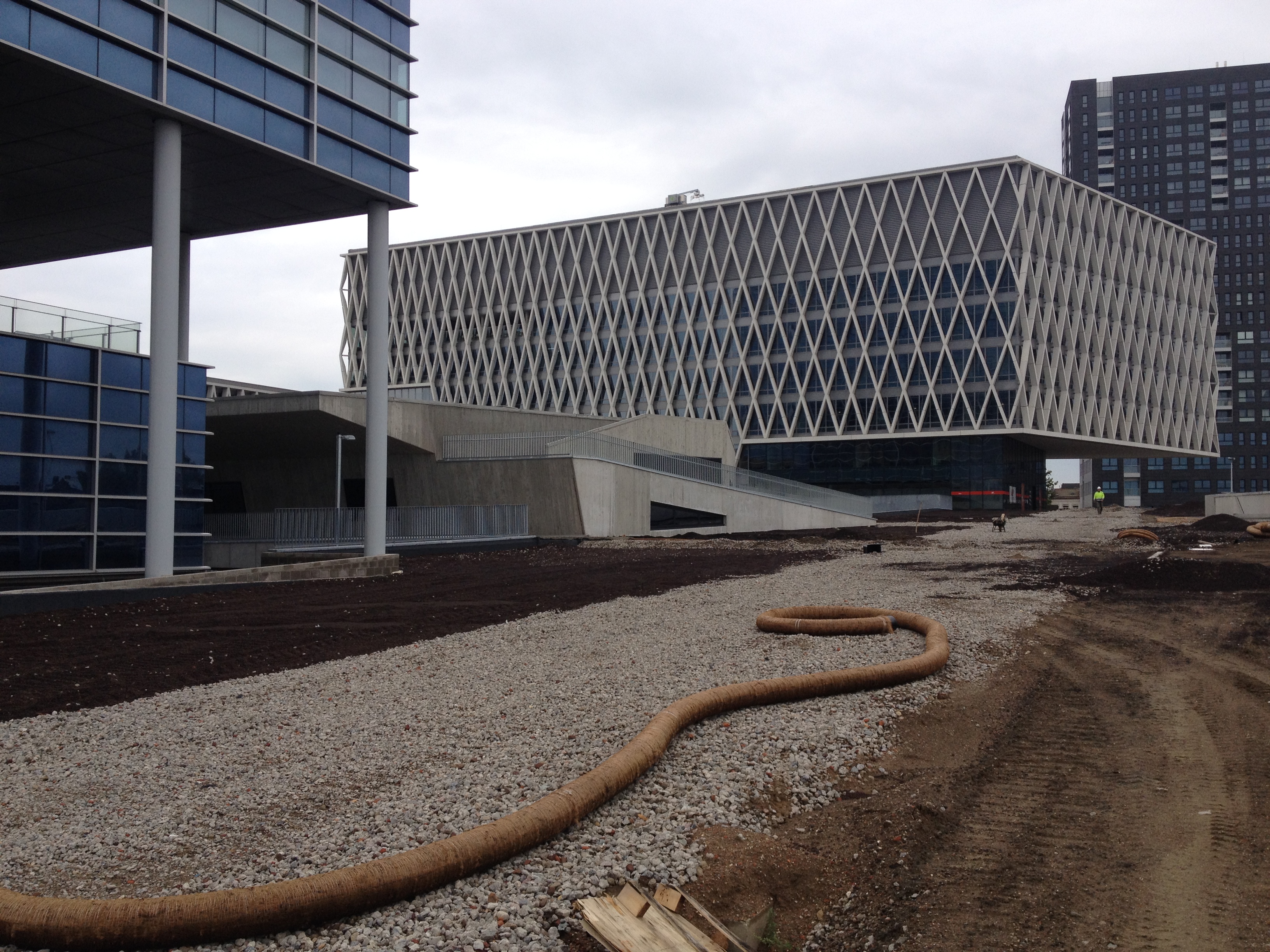 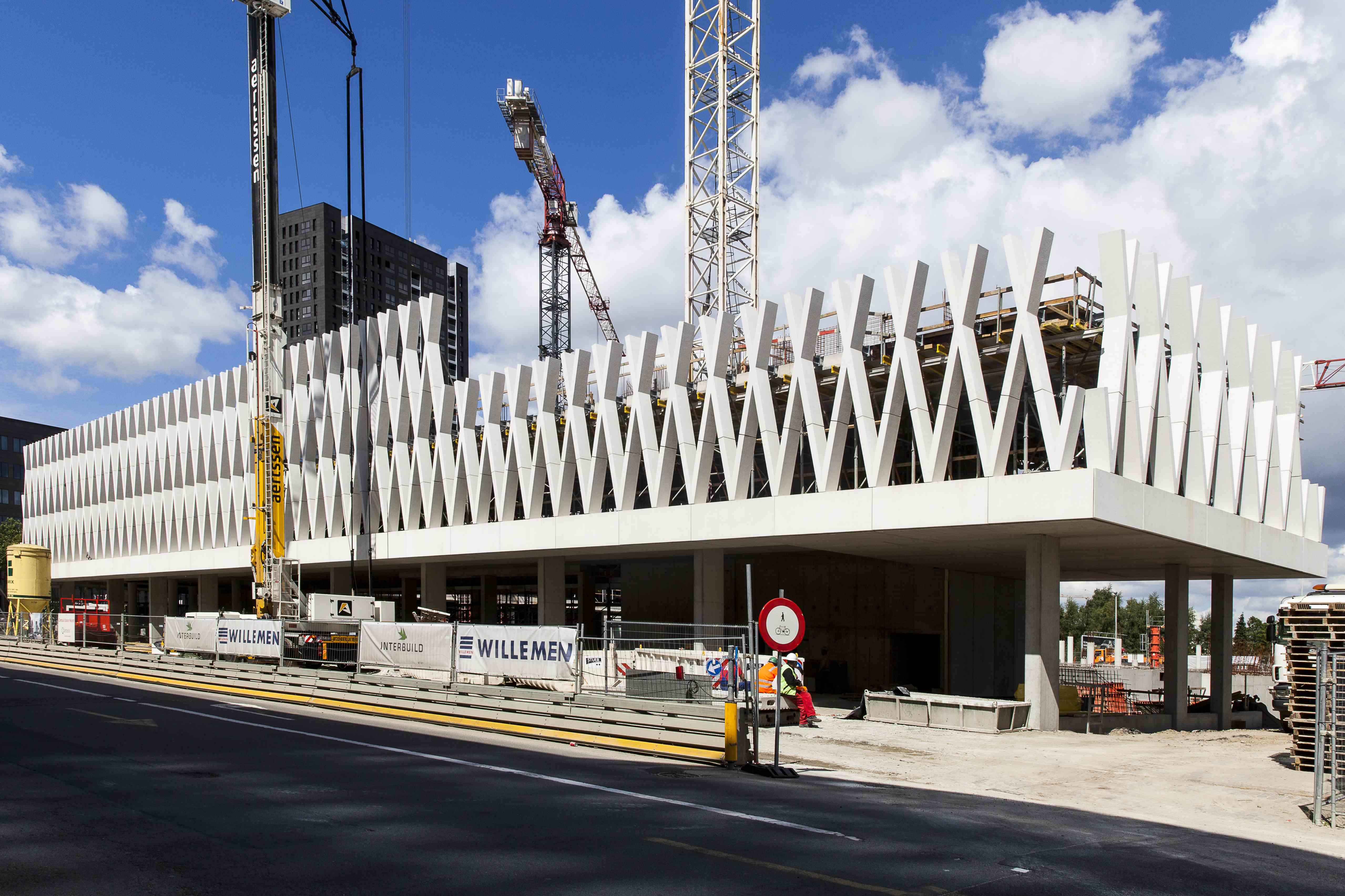 In recent years, the former industrial northern part of Antwerp has become very popular and trendy. Iconic project such as the “Museum aan den Stroom”, “Park Spoor Noord” and the “London Tower” have invigorated the “Eilanje” neighbourhood. The new site around the Artesis Campus Park Spoor Noord will only increase the phenomenon with exciting architecture and new green areas around.

To expand the new green area around a heavily urbanized neighbourhood it was important that the material was low weight and counted with good draining and nutrition properties for the vegetation.

Expanded clay was used as a drainage layer beneath the substrate and was used due to its ability to retain water in the park.