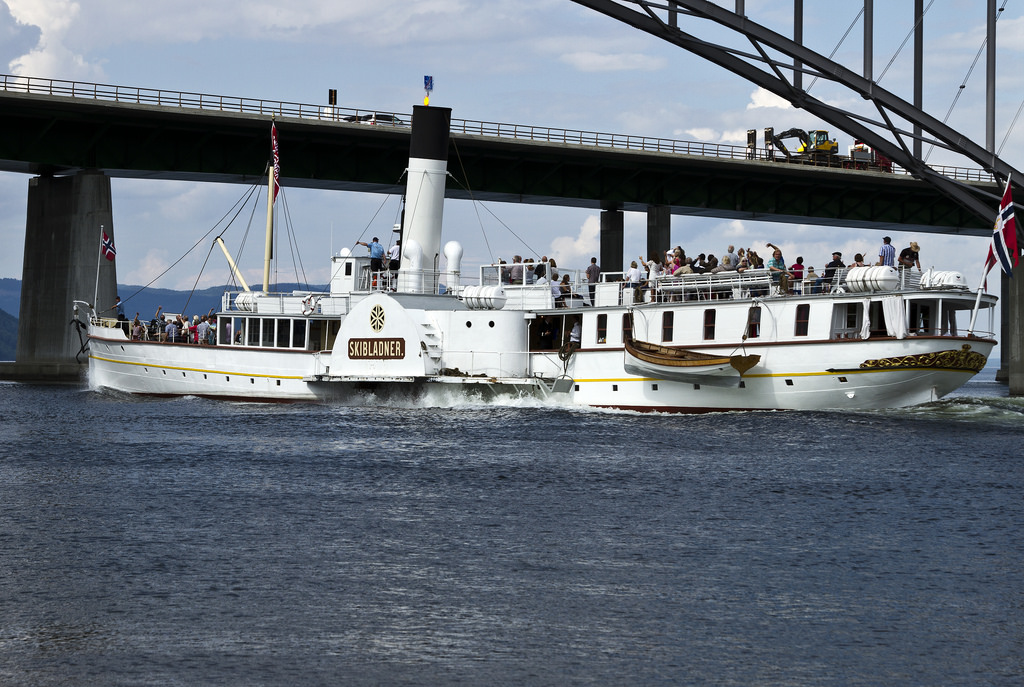 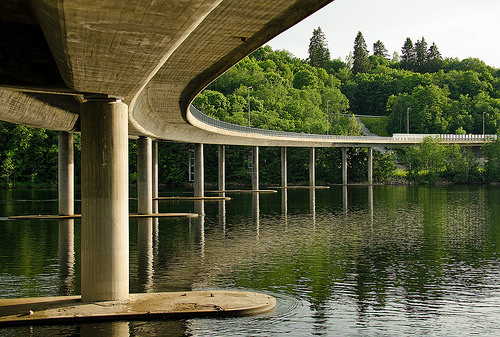 The new Eidsvoll bridge has been complimented for the slender and elegant outlook of the structure. This is mainly due to the use of LWA concrete in the superstructure. The bridge opened in 1992 and is another example of successful use of high strength light weight aggregate concrete (LWAC) in bridge structures.

The Eidsvoll bridge is a concrete beam bridge across the river Vorma in the small town of Eidsvoll. The bridge has a total length of 320m with 8 spans, each with the length of 40m. The bridge is supported by foundations with steel tube piles driven to a level approximately 40m beneath the river bed and filled with concrete. Pile caps are levelled in vicinity of the river surface. The columns are twin cylindrical columns, each with a diameter of 1000mm. The bridge has a horizontal radius of 278m in the whole bridge length. The width is 12.15m. The cross section is a double T – type with relatively wide and low beams. This was chosen to give the impression of a light structure. The use of curved and skew edges on the beams increases this impression. The superstructure consists of prestressed LWAC, LC 55 with a mean density of 1880 kg/m3. LWA concrete was chosen to reduce the effect of dead weight on the structure to get a cross section with low height.

The bridge was constructed using a movable scaffolding system based upon truss girders supported in previous casted nose cantilever from one axis and on towers placed upon pile cap on the next support axis. For each casting section the beams was casted first and stressed with one part of the total posttensioning, afterwards the top slab was casted and the rest of the actual tendons stressed. In some parts of the bridge, high concrete temperatures up to 92°C were obtained. This because of the warm weather and that no cooling system was available. These areas were controlled afterwards by compressive strength determination and thin section analysis. There was no sign of extensive micro cracking or strength reduction in these areas.