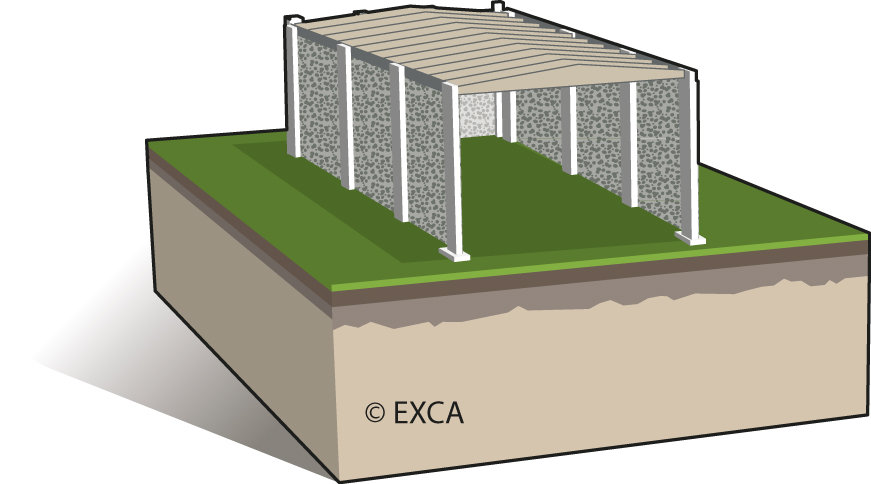 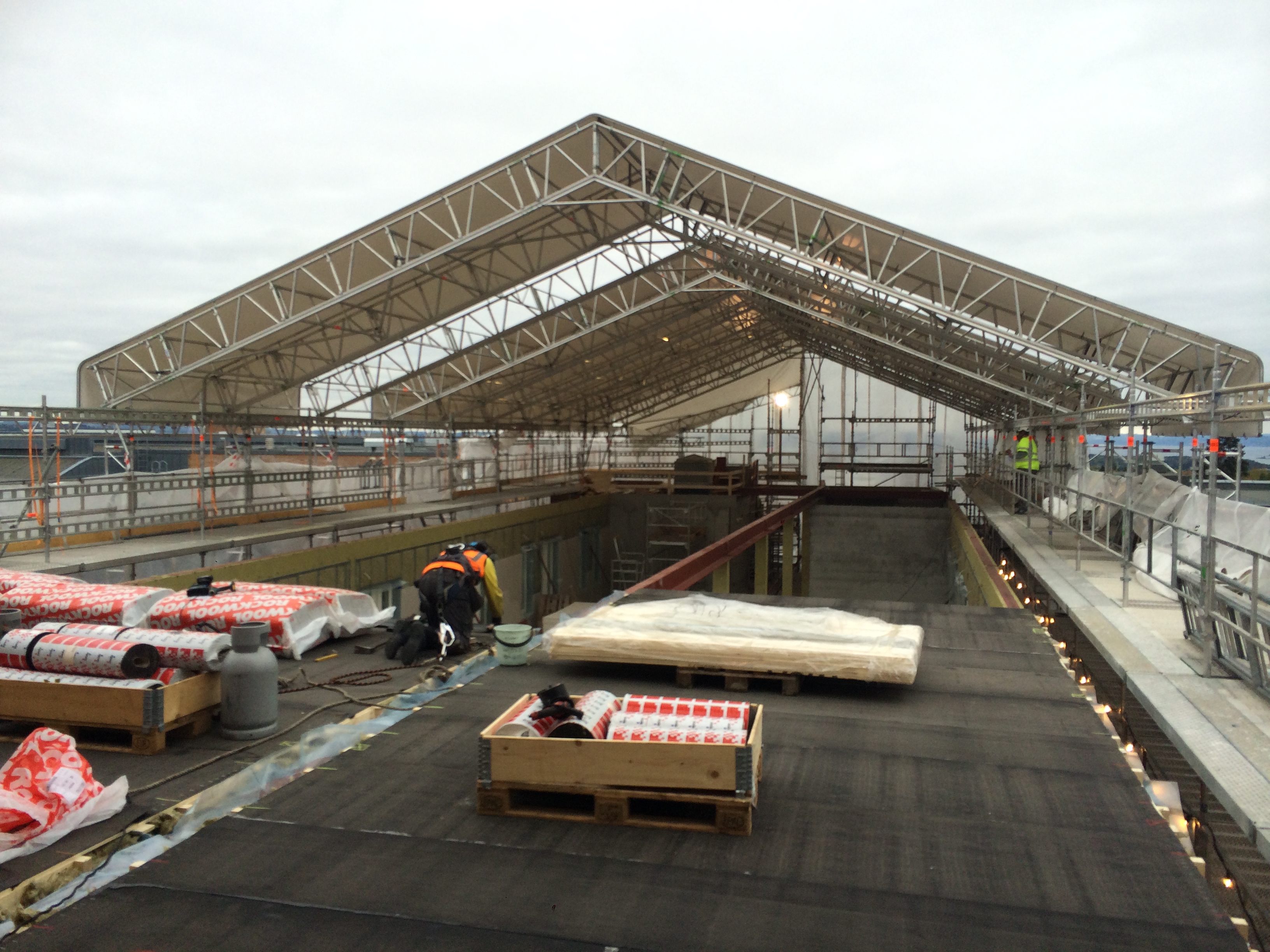 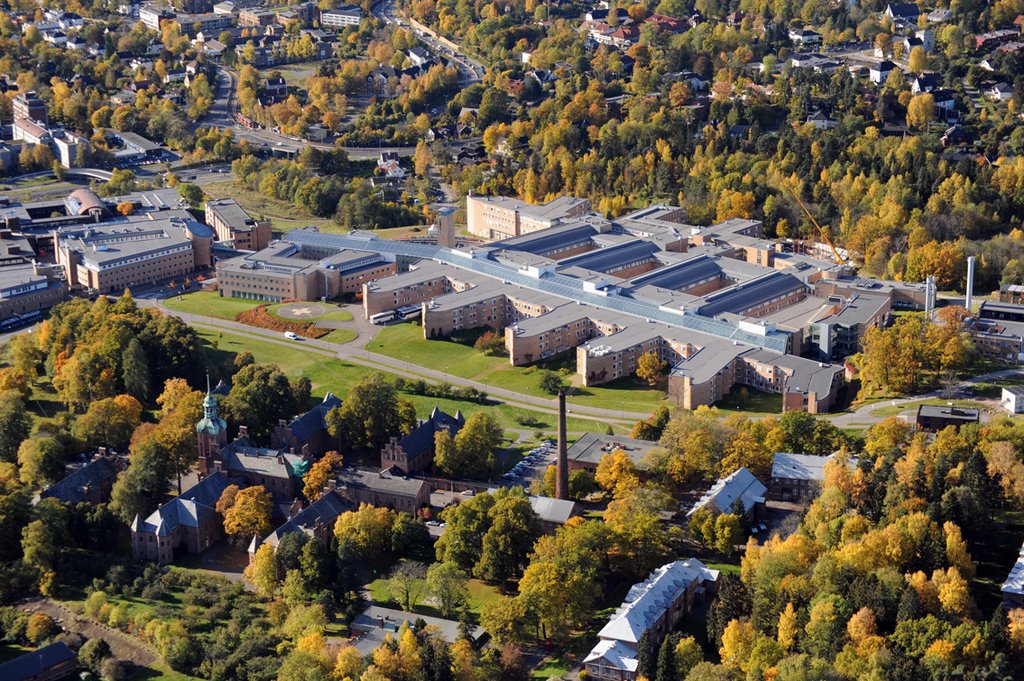 In 1988, The Norwegian Parliament decided to start planning a new national hospital since the existent hospital was placed in central Oslo with limited possibility to expansion. The construction was also old and lacked the flexibility needed to operate a modern hospital. In 1992, the parliament decided to build the hospital with a size and design like a small town at Gaustad north in Oslo. The construction consists of six main units and a 280-meter-long glass covered alley. The main construction material is precast slabs and steel / concrete columns. The beams and the walls are covered by tail bricks.

Another important issue was to avoid the beams and columns normally supporting the TIF. To avoid space demanding beams and columns, fire protected steel rods were installed to connect the TIF to the rib slab elements above. Every second slab is equipped with L shaped steel shelves, which carries the other slabs. To reduce the vertical load and the thickness of the ribbed slab elements (NDC) above, and in addition to reduce the dimensions of the steel rods, LWAC was chosen. This resulted in use of a 120-mm thick floor and valuable space was released. Another benefit with using LWAC in technical intermediate floor elements, is easier work when cutting holes in the TIF LWAC slabs for placing the technical equipment. The TIF is made of LWAC and design after Norwegian Standards LC 25 (characteristic compression cube strength >25 MPa). The fresh concrete density is 1700 kg/m3. The slabs are dimensioned for vertical load at 200 kg/m2.

The reduced weight is achieved by replacing the natural coarse aggregate with lightweight materials made of expanded clay (LWA). The other constituents are equal to normal density (ND) concrete of high strength. It was used Leca 4-10 mm from the factory Leca Borge. The aggregate used has average bulk density at 375 kg/m3 and an average particle density at 725 kg/m2.